Causes of TMJ dysfunction include blunt trauma to head and neck, slip and falls on the sacrum causing compensations up the spine and into the cranial bones, whiplash accidents, orthodontics, and prolonged deskwork or “text-neck” leading to forward head postures (Fig 1). Understanding the relationship between proper functioning of the upper cervical spine, cranial bones, and the temporomandibular joint is critical for massage and bodyworkers dealing with this sometimes-debilitating condition.

According to the The National Institute of Dental and Craniofacial Research Foundation, other symptoms can result from TMJ dysfunction including: headaches, fatigue, sleep disturbances, irritability, a loss of focus, ringing in ears, head and neck tension, sinus congestion and ear infections.

Clients presenting with head-forward postures are vulnerable to increased stress not only in the neck, but the jaw as well. When the head and neck move forward in the sagittal plane, the brain’s visual proprioceptors cause the occiput to backward-bend on atlas. This remarkable proprioceptive reflex (Law of Righting) will cock the head back to level the eyes against the horizon even if it means ravaging the neck.1 Sustained isometric contraction in the suboccipitals and other capital extensor muscles places the entire nervous system in a heightened state of alert.

With the head and neck jutted forward, passive tensile forces develop in the hyoid and digastric muscles. The brain, in essence, is trying to compensate for the forward head posture by pulling the cranium back using the jaw muscles. Unfortunately, the hyoid, digastric, and the lateral pterygoid muscles are jaw openers. Sustained hypercontraction in these muscle groups only creates greater stress on the TM joint as the mandible is forced to translate posteriorly and inferiorly…a condition called jaw retrusion (Fig. 2).

In an effort to keep the head from jutting forward, the brain has inadvertently created another bothersome problem…the mouth wants to hang open. So, the only recourse the brain has now is to call on powerful jaw closers such as the temporalis, masseter and medial pterygoid muscles (Fig. 3). Thus, the battle begins and the mouth closers usually win, but at a terrible cost to the TM joint and neck. Antagonistic co-contraction of these muscle groups promotes abnormal mandibular positioning, nerve compression, ligamentous strain, and disc compression, leading to the TMJD disorders we commonly see in our massage and bodywork practices.

Here’s a condensed list of symptoms that may accompany TMJD:

In long-term forward-head TMJD sufferers, the effects of jaw retrusion may begin to impact the 11th cranial accessory nerve. Since this nerve directly innervates the upper trapezius and sternocleidomastoids, prolonged irritation can neurologically shorten these muscles initiating a “Catch 22” pain cycle. As the upper traps cock the head back and the SCMs pull it forward, excessive tension mounts in the hyoid, digastric, masseter, pterygoid, and temporalis muscles, which, in turn, cause even greater TMJ compression.

Optimal head and neck functioning requires that TMJ surfaces retain their ability to glide freely on one another. I’ve found it helpful to first deal with the head-forward posture and then the jaw itself. In the video above, I demonstrate a simple decompressive routine to add to the TMJ and neck techniques you already do. Before performing any intra-oral work, be sure it falls within the scope of practice with your state licensing laws…thanks! 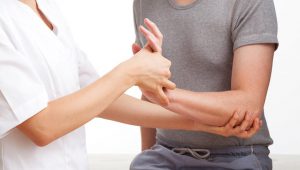 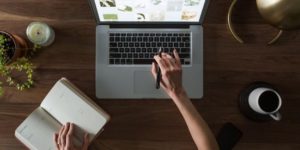 Sources of Cervicogenic Headache Among the Upper Cervical Synovial Joints