In the early 1990s, I had the opportunity to study with legendary neurologist and physiotherapist Vladimir Janda, M.D. He and his research team at Charles University in Prague, Czechoslovakia, were among the first to perform EMG studies showing that some muscles weaken and others tighten when exposed to prolonged stress.1 In the course of their research, one unexpected length-strength muscle imbalance pattern appeared in people with forward head carriage (Figure 1).

In the illustration, notice how the tight and weak muscles form a crossing pattern, which Janda and his team called Upper Cross Syndrome (UCS). In an effort to expound on Janda’s findings, my graphic designer and I created an image called “The 42 Pound Head” (Figure 2). This shows how the feeling of head weight increases by 10 pounds for every inch the head moves forward of the shoulders.

Janda’s UCS muscle imbalance theory has become widely popularized as an easy-to-visualize assessment tool. However, it has met with harsh criticism from researchers who did not find the pattern to be a reliable marker of pain. In an attempt to upgrade Janda’s research using current brain-based understandings, I’ll review the evolution of upright head posture and discuss the neurologic role of muscular imbalance. I’ll also demonstrate myoskeletal graded exposure techniques I’ve found helpful in relieving postural stress, improving cognition and increasing body awareness.

One of the evolutionary advantages of erect head-on-neck posture is that it establishes ease of head rotation around a vertical axis, which serves to widen our horizon. In early man, the need to stabilize this sensory platform to track prey was essential for survival. Famed research anthropologist José Luis Alatorre Warren at the University of Zurich found evolutionary changes in the size and positioning of the cranium largely resulted from adaptations necessary for bipedal upright walking.2 To ensure optimal head-on-neck balance, the opening at the occiput for the spinal cord (foramen magnum) was forced to migrate forward during human evolution. There are many possible explanations why Mother Nature considers a balanced head so desirable for upright humans, but the most obvious one is improved visual tracking.

The human head houses sensory organs called cranial teleceptors that connect us to the outside world. When floating comfortably atop the spine, these intricate receptors reflexively orient head placement using light, sound and gravitational sensory information. In fact, our eyes must constantly move, via saccades, to allow light to traverse across the retina. This allows the central nervous system to construct visual images by comparing adjoining structures in our environment. Therefore, our brains are often unable to make sense of visual input without proper head-on-neck movement.

As hyperexcited joint and ligament mechanoreceptors initiate protective splinting, some muscles overwork and others become neurologically inhibited, as seen in Janda’s UCS. This results in reduced mobility, excessive energy consumption, exhaustion and, if the brain perceives threat, pain. However, such cranial teleceptor malfunction and head-righting reflexes may not be the only neurological explanation for the commonly seen muscular imbalance pattern Janda encountered in his UCS research.

The SAID principle—an acronym for Specific Adaptation to Imposed Demands—is a classic sports medicine term describing how physical adaptations develop when the body is placed under stress, thereby allowing us to better handle future stressors. Simply put, the body gets better at doing whatever it does regularly.

If that means sitting for hours in a desk-occupied posture or performing exercises using poor form, the brain will accommodate by adopting poor form and less than perfect posture (Figure 4). I call this brain-body adaptation process “postural plasticity” and believe it to be a valuable assessment tool for identifying possible roots of suboptimal posture and inefficient movement.

Weak postural patterns such as Janda’s UCS may begin as “tissue issues” due to tension, trauma or overuse injuries, but eventually they manifest as signs of functional weakness in the brain’s hardware.

The PMRF is a dynamic sorting and switching station located in the brainstem at the pontomedullary junction, where pons meets the medulla (Figure 5). Considered the epicenter for postural control, the PMRF houses eight cranial nerves that perform vital sensory and motor functions, including vestibulo-ocular (eye and ear) coordination. The PMRF is assigned the tasks of regulating head-righting reflexes, maintaining balanced gait and, when functioning optimally, inhibiting cervicothoracic flexion and resisting gravitationally induced slumping.

Clients with bilateral PMRF disorders commonly present with UCS postural symptoms, such as forward jutted chins, internally rotated arms, protracted shoulders and thoracic spine hyperkyphosis. In this population, the PMRF is unable to neurologically resist slumping, which leads to connective tissue and joint adaptations as seen in Janda’s UCS model.

It’s best to assess for PMRF weakness with the client unaware they’re being examined. I begin by observing my client’s posture and gait as they enter the office, looking for front-to-back and side-to-side rotational strain patterns that may indicate PMRF weakness. During the intake evaluation, I’m watching for things such as motor dominance patterns, eye unleveling and cross-lateral gait disturbances, which may offer clues to unilateral or bilateral PMRF weakness. I find weeding out these common compensatory patterns early on in therapy provides a good starting point for more specific assessment and treatment interventions to follow.

Perfect for sports, massage and corrective exercise therapists, Myoskeletal Alignment Techniques are designed to elevate your clients to a new level of health, and empower your journey into the lucrative world of pain management.

In Figure 6, I assess for unilateral PMRF weakness using a modified wall angel. The client is asked to sidebend around my finger fulcrum placed on his sternum while keeping his chin tucked and thorax and hands in contact with the wall. Notice that as he left sidebends, his shoulder and hand leave the wall and his chin juts forward. To help stimulates his postural reflexes and improve his unilateral PMRF weakness, I perform a graded exposure myoskeletal technique.

I begin by left rotating and extending his head, abducting his arm, and placing a soft palm on his chest wall. He is asked to slowly begin externally and internally rotating his arm while I apply hand pressure to various spots on his anterior shoulder and chest to bring awareness to areas of restriction (Figure 7). Then, I retest for improved quality of motion. If the client had presented with bilateral PMRF weakness, I could have performed a cross-armed shoulder depression technique by asking him to inhale, protract his shoulders against my resistance to a count of five, exhale and relax (Figure 8).

The “Dalton Technique Treasures” eLearning course is a compilation of some of Erik’s favorite Myoskeletal Alignment Techniques (MAT). Learn MAT techniques to assess and address specific sports injuries, structural misalignment, nervous system overload, and overuse conditions. ON SALE UNTIL SEPTEMBER 26th!!! Get Lifetime Access: As in all our eLearning courses, you get easy access to the course online and there is no expiry date. 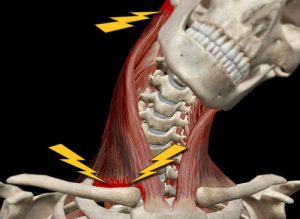 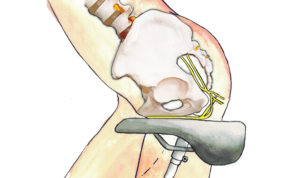 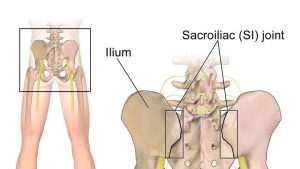 The MELT Method for Pelvic Pain 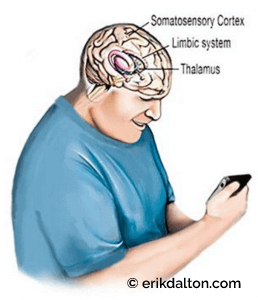