Put simply, for every inch the head moves forward from its ideal gravitational center, it feels as if it weighs an additional 10 pounds (Image 1). The concept is the same as holding a 10-pound weight close to the body, then extending the arm straight out in front of you. The weight does not change, but your brain’s perception of how heavy the weight feels does change, and so does the amount of effort required by the muscles, ligaments, and fascia responsible for supporting the weight…. in this case, the head.

With so many people spending hours daily peering down at digital devices, wear and tear on joints and connective tissues slowly whittles away at our uprightness. The good news is that today’s bodyworkers and corrective exercise therapists are on the front line against this epidemic.

The bad news is clients often wait too long to seek help, allowing time for the brain to map their aberrant forward-head postures (FHP) as normal (Image 2). Both prevention and correction rely on a basic understanding of the biomechanical nuances associated with texting and prolonged desktop-computer viewing. For a brief overview on two primary FHP patterns, we’ll begin with observational assessments of two former clients.

Mona was referred to me for treatment of chronic (non-traumatic) head, neck, and rotator-cuff pain, exacerbated by more than two decades of prolonged computer use in her job. During static assessment, Mona was asked to assume her usual computer posture while I examined her cervical spine. With my left hand bracing her forehead, my right thumb and index finger began gently palpating tissues at the occipitoatlantal (O-A) joint. Right away, Mona whispered, “That’s where my headaches begin.” Notice in Image 3, how Mona’s head is forced to cock back (extend) on the atlas to level the eyes. It’s typical forward head posture. Neurovascular compression, suboccipital spasm, and head pain are not uncommon in those with desktop FHP. However, as we’ll detail below, such issues are rare among text-neck clients.

Adding insult to injury, observe how Mona’s cocked head and jutted chin caused the lower C-spine joints to cram closed, creating an unsightly dowager’s hump. Oddly, Mona had never linked her hunched posture with her medically diagnosed rotator-cuff pain. She was surprised when gentle pressure to the left C7 transverse process replicated her shoulder symptoms. When she was asked to slowly forward-bend her neck, Mona’s left C7 transverse process pushed back into my palpating thumb, indicating that the C7 facet was not opening on T1. In the early stages of Mona’s FHP, it’s unlikely this C7-T1 facet fixation excited enough mechanoreceptors to elicit a pain response. Over time, however, gravitational exposure (14.7 pounds per square inch) destroyed her neck’s anti-gravity tent system, leaving the brain no option but to try to restore stability by building extra bone through spurring.

Bone spurs are not problematic unless they encroach on nerve roots exiting the intervertebral foramina, but the combination of spurring, facet sticking, and nerve impingement eventually overwhelmed Mona’s nervous system, causing the brain to splint the area up with protective spasms. Mona’s type of desktop FHP has been the norm in bodywork practices for decades. Now, we’re beginning to see it replaced with a biomechanically different condition.

Nick’s X-ray (Image 4) shows how text FHP differs from desktop FHP. Here, the occiput has rolled forward on atlas, and the head and neck are hanging by the ligaments and extensor muscles. In prolonged text-neckers, the O-A joint’s articular cartilages dehydrate and sometimes degrade. When the occiput is unable to glide freely back on atlas, people like Nick may experience pain when looking up. (Assessment tip: Look for a high eye on the side that is not gliding back.)

The same principle holds true for other C-spine joints. During seated palpation, if the deep groove muscles are fibrotic, extend the client’s neck over your finger-thumb fulcrum to test the ability of the superior facets to glide down and close on their inferior neighbors. If resistance is met, gently spring the joint anteriorly, attempting to induce cervical curve. Lack of spring during this test tells you the joints are stuck open from prolonged texting and the superior vertebra is unable to close on its inferior neighbor.

This article originally appeared in Massage and Bodywork Magazine 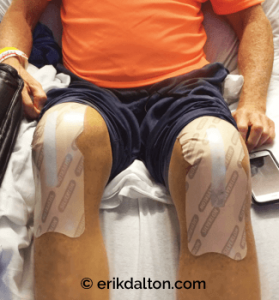 Sciatica and the Health-Club Incident 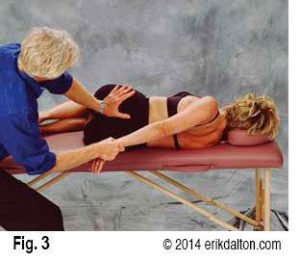 Holiday Shopping and Back Pain

Make the Most of Massage Therapy CEU Online Classes 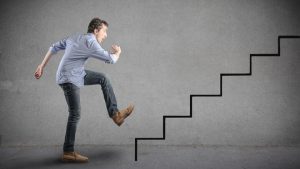