To determine whether different types of neurodynamic techniques result in differences in longitudinal sciatic nerve excursion.

High-resolution ultrasound imaging was used to quantify longitudinal sciatic nerve movement in the thigh of 15 asymptomatic participants during 6 different mobilization techniques for the sciatic nerve involving the hip and knee. Healthy volunteers were selected to demonstrate normal nerve biomechanics and to eliminate potentially confounding variables associated with dysfunction. Repeated-measures analyses of variance were used to analyze the data.

The techniques resulted in markedly different amounts of nerve movement (P<.001). The tensioning technique was associated with the smallest excursion (mean ± SD, 3.2 ± 2.1 mm; P < or = .004). The sliding technique resulted in the largest excursion (mean ± SD, 17.0 ± 5.2 mm; P<.001), which was approximately 5 times larger than that resulting from the tensioning technique and, on average, twice as large as that resulting from individual hip or knee movements.

Consistent with current theories and findings for the median nerve, different neurodynamic exercises for the lower limb resulted in markedly different sciatic nerve excursions. Considering the continuity of the nervous system, the movement and position of adjacent joints have a large impact on nerve biomechanics.

To determine whether different types of neural mobilization exercises are associated with differing amounts of longitudinal sciatic nerve excursion measured in vivo at the posterior midthigh region.

To determine in an in vivo study whether different types of nerve-gliding exercises are associated with different amounts of longitudinal nerve excursion.

Different types of nerve-gliding exercises have been proposed. It is assumed that different exercises produce different amounts of excursion and strain in the peripheral nervous system. Although this has been confirmed in cadaveric experiments, in vivo studies are lacking.

High-resolution ultrasound was used to measure longitudinal excursion of the median nerve in the upper arm during 6 different nerve-gliding exercises. Nerve mobilization techniques that involved the elbow and neck were evaluated in 15 asymptomatic volunteers (mean +/- SD age, 30 +/- 8 years). Nerve longitudinal excursion was calculated using a frame-by-frame cross-correlation analysis. A repeated-measures analysis of variance was used to analyze the data.

Equip yourself with a powerhouse of skills for relieving painfully compressed nerves. Relieve pain caused by mechanical entrapment in the neck, thoracic outlet, sacroiliac, and other regions. Save 25% this week only. Offer expires October 26th. Click the button below for more information and to purchase the course for CE hours and a certificate of completion to display in your office.

Bodywork as a outlet for psychological stress 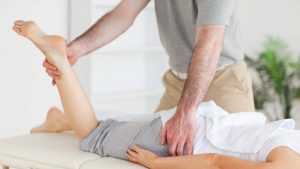 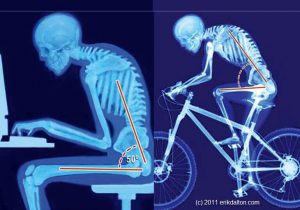