You’ve probably heard about oxytocin in relation to hugging, dopamine in terms of addiction and serotonin in relation to depression. Neurotransmitters are crucial for all sorts of operations in your brain, including mood, appetite and movement. When dysregulated they can lead to undesirable outcomes, including mood disorders like depression and bipolar disorder, addiction and substance use disorders, and psychosis.

You may hear that ‘people with depression have a serotonin shortage’ or ‘addiction is caused by dopamine dysregulation’, and while that has some basis in science, the workings of these chemical messengers are somewhat mysterious and definitely more complex than that. Disorders are caused by a number of interactions and neurotransmitters, but for the sake of understanding, let’s keep it simple! In this article we’ll focus on those that are most commonly associated with mood and mental health: serotonin, dopamine, GABA, norepiphrenine, oxytocin, and endorphins.

Neurotransmitters are chemical messengers that communicate between the neurons in your brain. Whenever you think, move, learn, feel, perceive or do pretty much anything at all (even when you think you’re doing nothing), electrochemical impulses are rushing along pathways of neurons to make things happen.

here are approximately 86 billion neurons in the brain and they do not actually touch each other! Instead they have small synapses where they ‘connect’, gaps of about 40 nanometres between them. For context, there are one million nanometres in a millimetre! The presynaptic (sending) neuron releases these neurotransmitters into the gap, which are picked up by the postsynaptic (receiving) neuron, triggering a response. All this happens a LOT faster than you can say ‘Give me the happy ones please brain!’ For a two-minute explainer animation, check this video out: https://www.youtube.com/watch?v=WhowH0kb7n0

Serotonin: The Moody One

We mostly hear about serotonin with regard to mood, particularly that low levels cause depression. People who take anti-depressant drugs, are likely to be taking SSRI’s — Selective Serotonin Reuptake Inhibitors — which work by preventing presynaptic neurons from taking back the serotonin they release into the synapse so there is more available for the brain to use. As well as mood, serotonin is involved in appetite, sleep, memory, impulse inhibition and sexual desire. If you’re low on it, you might experience depression, anxiety, aggression, irritability, impulsivity, insomnia or poor appetite.

The essential ingredient for serotonin is tryptophan, found in salmon, eggs, spinach and seeds, or available as a supplement. Other players in the synthesis and regulation processes include magnesium, zinc, vitamins D, B6, B12 and L-methionine, and deficiencies in any of these could affect your serotonin availability.

How to ‘hack’ it for happiness

Giving, receiving or even witnessing an act of kindness boosts your serotonin, as does sunlight, exercise, and getting a massage.

Dopamine: The Hedonistic One

Dopamine is most commonly discussed for its role in pleasure, reward and motivation. The neurons in your brain that go crazy when you eat cake, have sex, or take drugs are full of dopamine receptors. It is involved in motivation, satisfaction and reward-driven behaviour, as well as movement, sleep, mood and learning. Too much dopamine is linked to aggression, poor impulse control, binge eating, addiction, and has been linked to psychosis and hallucinations in schizophrenia. Low dopamine is seen in movement disorders like Parkinson’s Disease, and may also result in low motivation, energy and sex drive, brain fog, and mood swings.

Dopamine is made from Tyrosine, which your body creates from phenylalanine, which can be found in meat, fish, eggs, tofu, almonds, avocadoes, milk, nuts and seeds. Tyrosine is also available as a supplement. Other players in the dopamine game that you’ll want to get enough of include copper, iron, and vitamins B3, B6, B9, and C. When you eat food that is high in sugar you’ll get a surge of dopamine, however this can lead to the same kind of desensitisation and tolerance as a drug addiction, with your brain needing more and more to get the same dopaminalicious
reward. Poor sleep and chronic stress will also deplete your dopamine.

How to ‘hack’ it for productivity

Dopamine’s main purpose is actually motivation rather than pleasure, making sure you enjoy activities like eating and reproducing so you continue to do them. Think about how enjoyable it is planning a holiday, or clothes shopping for a hot date you’re excited about. Set goals, and use your pleasurable dopamine-surge activities as rewards instead of distractions.

GABA: The Chill One

Gamma-Aminobutyric Acid (GABA) is that neurotransmitter that walks into the chaos and reminds everyone to relax. It is inhibitory, produces a calming effect, reducing anxiety, stress and fear, and helping you sleep. Benzodiazepines like Valium work by enhancing the effect of GABA. If you don’t have enough you may suffer from panic, anxiety and even seizures. GABA is produced naturally in the brain, and low levels can be caused by an inadequate diet, genetics and prolonged stress.

Vitamin B6 is essential for GABA production. You can buy GABA as a food supplement, but scientists aren’t convinced it actually does anything.

How to ‘hack’ it for relaxation

It probably won’t surprise you that yoga, meditation and deep breathingimprove your GABA functions. You’ll get the best results if you incorporate them as a regular practice, rather than just when you need them.

Norepinephrine: The Alert One (also known as noradrenaline)

Multitasking norepinephrine functions as a neurotransmitter and a hormone, released into the blood in response to stress. It is involved in attention and alarm response, including the body’s fight or flight response, to help mobilise you for action in the face of danger. It is also implicated in emotions, sleeping, dreaming and is important for memory and learning. Low levels are associated with lethargy, lack of focus and attention, and depression. Overactivity can amplify our normal stress reactions and cause symptoms like anxiety, insomnia, irritability and mood swings.

How to get enough (and regulate it)

Norepinephrine is made from dopamine! It starts with phenylalanine, and goes one step further than dopamine, requiring all the ingredients dopamine requires, and then oxygen and vitamin C to undertake that next transformation. Chronic stress causes prolonged activation of the norepinephrine system, which uses up all your resources, stealing energy from your healing and maintenance systems to prepare for this apparent ongoing threat. Finding ways to reduce stress (see GABA: The Chill One) will regulate your norepinephrine.

How to ‘hack’ it for attention and memory

Oxytocin: The Loving One

Oxytocin is both a hormone and a neuropeptide. A neuropeptide is like a large-sized neurotransmitter, and is usually associated with slow, prolonged effects instead of quick ones. Oxytocin is known as ‘the love hormone’ and induces feelings of affection and trust, while inhibiting the brain’s fear response. There you go… this is probably the scientific basis for that hippy notion of fear being the opposite of love! It plays a crucial role in childbirth, breastfeeding, and parental bonding.

How to get enough of it

You can purchase oxytocin as a nasal spray, and it has been shown to promote trust, kindness, emotion recognition and sensitivity. But beware the ‘dark side’ of the cuddle chemical… a 2009 study has shown it can also increase aggression, envy, jealousy and gloating!
How to hack it for those loving feelings
Some studies have shown you can increase oxytocin by meditating, patting your dog or hugging.

Endorphins: The Feelgood One

Most famous for their part in the ‘runner’s high’, endorphins are another neuropeptide. When you feel amazing after a good workout, that’s your endorphins in action. They act as a natural pain reliever, working on the same neuroreceptors as opiates like morphine. They are released as a response to stress or pain, and also during eating, exercising and sex. They improve your mood, lower your stress and boost your self-esteem.

How to get enough of them

Endorphins are produced naturally in the body. We don’t know a lot about endorphin deficiency, but some studies have shown they can become depleted through habitual alcohol use or after traumatic experiences.

How to ‘hack’ them for good feels

You can give yourself a boost of endorphins by eating dark chocolate or something spicy, having a glass of wine, creating music, dancing, doing a workout, meditating, getting a massage, having a sauna or volunteering. Even just having a good laugh will get them working, so watching a good comedy might give you what you need.

Just to reiterate, this is a simplistic explanation and neurotransmitters work in complex ways with each other, with hormones, and with various parts of the body and brain to create different moods and psychological states. We still have a lot to learn about the true nature of these interactions — the brain is a fun and complicated thing to study! But there’s nothing to lose in friending up with your neurotransmitters and giving them the nutrition and stimulus to encourage them. They might even reward you with those oh-so-good brain feels we like so much. 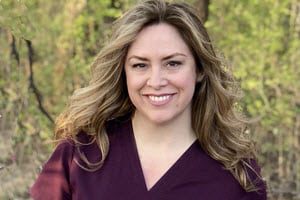 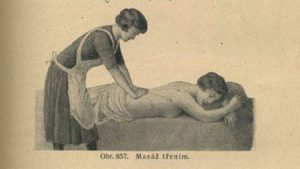 Massage as a Mode of Treatment 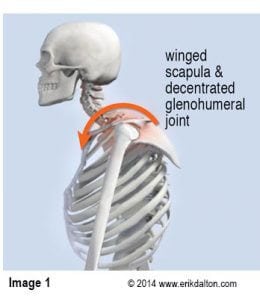