Fibromyalgia syndrome (FMS) is a common musculoskeletal pain and fatigue disorder for which the cause is still unknown. Investigations continue as medical and manual therapy offices are flooded with increasing numbers of reported fibromyalgia cases; but like the oft-quoted analogy of the blind man and the elephant, we currently know more about the components of FMS than we know about the “beast” as a whole. Now that rheumatologists have granted legitimacy by labeling and classifying this hazy and controversial syndrome, current beliefs regarding possible origins must be discussed.

Fibromyalgia primarily manifests as pain in muscles, ligaments and tendons — the fibrous tissues in the body. FMS was originally termed fibrositis, implying the presence of muscle inflammation, before modern research proved that inflammation did not exist. Some in the complementary medical community believe that fibromyalgia should be a primary consideration in any client/patient presenting with musculoskeletal pain that is unrelated to a clearly defined anatomic lesion. Conversely, many researchers question the very existence of the syndrome since fibromyalgia sufferers typically test normal on laboratory and radiologic exams.

For more than a century, medical science has continued to progress forward in its ability to recognize, categorize, and name painful patient disorders. Technological advances have made it much easier for doctors to rule out specific maladies from a variety of symptoms presented in the clinical setting. Additionally, modern testing methods have allowed researchers to become more secure in their ability to determine what is and what is not a disorder or disease.

Fibromyalgia has come under fire in many circles including medical, psychological, and manual therapy. There are two camps firmly separated on their beliefs as to the cause and treatment of the disorder while a third group of researchers and medical practitioners reject the existence of fibromyalgia altogether. Simply put, one camp believes that FMS is a mental health issue without a biological origin whereas the other camp is firmly convinced that it is a physiological disorder – even though researchers have yet to classify definitive diagnostic criteria. While each side squabbles over the fibromyalgia conundrum, thousands of Americans suffer diverse and sometimes disabling symptoms each year with little help coming from the medical and insurance industry.

Meanwhile, the debate as to the true reality of the disorder rages on as scientific evidence continues to gather in favor of the physiological aspect of fibromyalgia. Currently, traditional and complementary medicine success rates in treating the disorder indicate that it is primarily a physiological condition with biological origins.

In the face of the debate as to the origin of disorder, the American College of Rheumatology comprised a list of criteria for the purpose of classifying fibromyalgia. The list includes typical symptoms such as having a history of widespread pain for more than three previous months. The college went on to define a series of 18 checkpoints (tender points) for the pain sites.

A client is required to have pain in eleven or more of the eighteen sites to be considered a actual case of fibromyalgia. Since the symptoms are relatively basic to recognize, why the continued debate? Part of the trouble lies in the fact that the symptoms are sometimes vague and reminiscent of other musculoskeletal complaints.

From the massage therapy office to the traditional medical facility, clients and patients alike are appearing in increasing numbers with a plethora of unexplained symptoms. But there are undoubtedly some shared symptom commonalities, such as predictable tender points, extreme fatigue, poor sleeping patterns, and whole-body pain upon awakening. Regrettably, musculoskeletal pain research generally lags behind well-funded scientific projects that promise more profitable outcomes. It often takes years to definitively confirm and catalog conditions with vague, widespread symptoms like fibromyalgia. As a result, this perplexing disorder continues to be poorly understood, and clients often suffer for several years before a medical diagnosis is made.

Fibromyalgic symptoms have been described as steady, radiating, burning, and spreading over many areas of the body. The pain usually involves the neck, shoulders, back, and pelvic girdle. Clients report that pain seems to emanate specifically from muscles, tendons, ligaments, bursa, and joints. Most identify pain as their central symptom. Fibromyalgia pain seems to worsen with cold temperatures, increased humidity, weather changes, overexertion, and stress. Many clients report symptomatic pain reduction with… 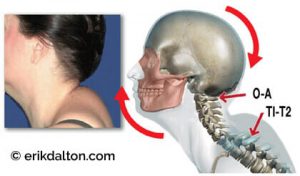 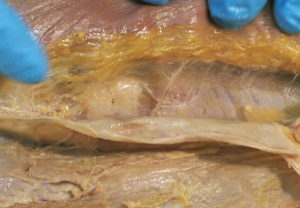 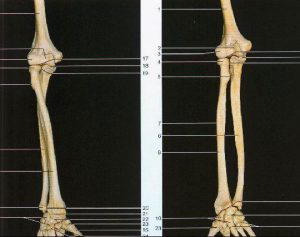