Humans are designed to move in order to survive – locomotion must precede all other activities. The past few decades have witnessed the emergence of two diverse schools of thought, each with their own biomechanical explanations detailing the seemingly simple act of walking.

Both disciplines generally agree that cross-patterned gait (opposite arm and leg moving at the same time) is a normal function of walking and running. However, advocates of the traditional “pedestrian model of gait” insist the legs are the main-event in locomotion and upright walking is a basic design where the legs propel the passive passenger – the trunk – through space. Pedestrian model groupies tend to lump the torso, arms and head together and generally dismiss the upper body as a critical player in gait mechanics.

As discussed in part 1 (Feb. 2008 issue), Canadian nuclear physicist Serge Gracovetsky, PhD, rebuked the pedestrian model by declaring that counter-rotation of the shoulders and pelvis is an essential key to locomotion and force is not GENERATED by the legs, but instead arises through a complex muscle/skeletal interaction propelled by what he calls a “spinal engine.”1He further explains, “Evolutionarily, locomotion was first achieved by the motion of the spine. … The legs came afterward as an improvement, not as a substitute.”

If Gracovetsky’s theory that the spine is the primary engine driving the pelvis has “legs to stand on” (no pun intended), then manual therapy assessments and rehabilitative corrections must be modified accordingly. Since low back pain is the most common disability among people under the age of 45, the consequence of this reinterpretation of spinal function could be far-reaching. Today, researchers and clinicians worldwide are experimenting with Gracovetsky’s intriguing hypothesis.

Since both schools of thought are supported by sound research in the gait-analysis community, I’m trying hard not to marry a single model of locomotion. To prevent the suffering that accompanies divorce, I’ve developed assessments and corrections based on gait studies conducted by two renowned experts in the field, Serge Gracovetsky and my mentor, Philip Greenman.2This osteopathic and physics collaboration paints a broader, more comprehensive picture of the walking CYCLE. Unfortunately, in the process of marrying the two methods, some of Gracovetsky’s brilliant spinal-engine concepts have been altered. To avoid misrepresenting the views of either researcher, the proposed model in part 2 will simply be referenced as the “myoskeletal engine.”

The Myth of Leg Locomotion

Dr. Gracovetsky convincingly asserts, “If the legs were truly the mobilizing force propelling the body through space, a competitive sprinter with huge powerful legs and a small torso should be the fastest.” (Fig. 1) Obviously, this image does not fit the picture we’ll see at the Beijing Olympic Games or even in the photo of a 21-year-old South African double-amputee runner Oscar Pistorius, who finished second against the world’s TOP athletes in a 400-meter race at the Golden League Meet last year in Rome. (Fig. 2)

Initial observation of Pistorius’ stride reveals a rhythmic cross-patterned gait and strong pelvic/shoulder counter-rotation that appears as the driving force propelling his lower extremities. Fig. 3A and Fig. 3B illustrate global and core muscle “slings” that store and release kinetic and elastic energy that help him run at such high speeds. In the absence of lower legs and feet, one might conclude these anterior and posterior spring systems alone provide enough thrust to propel Pistorius’ pelvis and extremities.

But apparently, the International Association of Athletics Federations (IAAF) disagreed. They voted to ban him from formal competition based on the conclusion this artificial “springing” mechanism somehow amplified his interaction with gravitational ground forces.

For example, if a car has a low tire and the tread begins wearing unevenly, the vehicle will begin to shake sooner or later. As the vibration makes its way through the suspension system, the tie rods start working loose. If left untreated, damage spreads to the motor mounts. Eventually, the “shaky” engine sputters to a halt. Although the low tire was the root of the problem, it’s tempting to blame the engine because the car no longer runs.

In this regard, it’s easy to see how a deflated tire might perpetuate a chain of events manifesting as compensations elsewhere.

To remove kink(s) from the system, an experienced mechanic won’t immediately pull the hood and begin checking for loose spark plugs and battery CABLES. Tracking down the dysfunction typically starts by consulting with the owner, conducting a thorough history of onset, symptoms, etc., and then performing a detailed inspection that leads to the “key lesion” – the low tire. From information garnered during the evaluation process, the mechanic is able to systematically work their way though the suspension system, motor mounts and fuel-injection system to restore optimal motor functioning.

The same applies to the client with a flat foot and SHORT leg. A good body mechanic doesn’t treat a hyperpronated foot in isolation but looks for compensations along the kinetic chain that might have developed as a result of the shortened extremity. Kinks traveling from the head down (TMJ, O-A, scoliosis, cranial distortion, etc.) are labeled descending syndromes, while asymmetry caused by pronated feet, short legs, knock-knees, etc. are referred to as ascending syndromes. (Fig. 4) Any soft-tissue or bony compensation that distorts the vertebral column’s S-shaped curve will overwork the anterior and posterior spring systems, resulting in stress and pain.

The automobile analogy provides a nice segue for introducing a third biomechanical “sling” critical in driving the myoskeletal engine. Known as the stirrup spring system (SSS), this antigravity propulsion pump delivers energy from the tibialis anterior/peroneus longus stirrup through the biceps femoris and sacrum to provide rotary torque that “winds up” intervertebral joints and deep collagen structures.

Fig. 5: Depicts a few key SSS muscles activated during running. Although, I agree with Gracovetsky that efficient movement requires humans to possess some kind of recovery pulse to avoid loss of kinetic energy into the ground during gait, the biomechanics of how that pulse is delivered is debatable.

Gait analysis is best understood when viewed just prior to HEEL strike, as illustrated in Fig. 5. For the SSS to achieve optimum elastic recoil, two neurologically driven maneuvers must orchestrate in perfect harmony. With hip extensors (biceps femoris and G-max) maximally stretched:

* Tensional forces send elastic energy spiraling down the leg through the tibialis/peroneal stirrup to lift the arch and stabilize the ankle and foot in preparation for heel strike.

Walking and running trigger various degrees of force through the stirrup, knee, lateral thigh, biceps femoris and sacrotuberous ligament. The amount of force at HEELstrike determines how much lumbopelvic counter-rotation takes place and what muscles/ligaments are recruited. Once the pulse reaches the pelvis, the mechanics become more complex.

At this point, Gracovetsky and I part ways. He believes the recovery pulse at right heel strike possesses sufficient strength to travel unimpeded up the leg, through the sacrotuberous and long dorsal sacroiliac ligaments, and into the ipsilateral multifidi, longissimus and iliocostalis. Erector spinae contraction then causes right lumbar sidebending and reciprocal pelvic counter-rotation. Although this intriguing firing order does play a major role in running, it differs a bit from my interpretation of Greenman’s heel strike mechanics during walking.

Notice in Greenman’s illustration BOX 1, Figures 1 and 2) at right heel strike, the sacrum, pelvis and lumbar spine are all left rotated. This implies that during the walking CYCLE, heel strike probably doesn’t transmit adequate force to sidebend the lumbars and counter-rotate the pelvis, as Gracovetsky infers. A myoskeletal-engine firing order that seems to best fit Greenman’s illustration has the stirrup pulse traveling through the biceps femoris and sacrotuberous ligament, tugging on the lateral sacral angle, and (with help from the quadratus femoris and G-max), left-rotating the entire pelvic bowl in a transverse plane.

Gracovetsky’s spinal engine theory is based on the assumption humans possess no muscles capable of directly rotating the pelvis. But if one follows the chain of events beginning at heel strike to the stance phase, it appears the sacrum and pelvis perform complex maneuvers enhanced by many smaller but extremely IMPORTANTmuscles that do possess the capability to directly and indirectly rotate the pelvis. At first glance, it seems an insignificant point, so long as the final result is a smooth cross-patterned gait. However, it implies the possibility of a different SSS firing-order pattern traveling through the lumbopelvis and thus the need for alternative assessment and treatment sequences.

The myoskeletal SSS theory relies on Harrison Fryette’s 1st Law of Spinal Motion3 which (paraphrasing) states that in the presence of normal lumbar lordosis, vertebral and sacral rotation and sidebending occurs to opposite sides. (Fig. 6) Gracovetsky believes this coupled motion takes place at HEEL strike and I see it happening during the stance phase. In my model, the following actions occur during the one-legged stance phase (right limb):

2. Instantaneously, Gracovetsky’s firing pattern kicks in as increased weight bearing enhances biceps femoris contraction that extends through the sacrotuberous and SI joint ligaments and into the multifidi, longissimus and iliocostalis. This also causes lumbar right sidebending and pelvic right-rotation.

3. As gravitational forces compress and lock the intervertebral joints, a rotary torque is stored as potential energy in the disc’s annulus fibers and deep ligaments.

4. Upon recoil, the spine’s tightly wound core initiates a vigorous torsional thrust which counter-rotates the pelvis and shoulders while stabilizing the head to maintain balance.

5. With all four spring systems working harmoniously, kinetic, potential and elastic energy are efficiently stored and released at precise moments to efficiently propel the body through space.

Last, but not least, the lateral spring system (LSS) depicted in Fig. 8 might be one of the most unappreciated of all the body’s antigravity structures.

Driven by the hip’s abductors, this elegant myofascial gait-enhancer “cocks’ the ipsilateral innominate and, just prior to push-off, right-sidebends the rotating pelvis so the other three spring systems can smoothly swing the left leg through. (BOX1, Fig. 5) All is well if gluteus medius and minimus are properly toned and firing in correct sequence. Regrettably, this spring system commonly is skewed as other abductor muscles overpower the weak glutes.

Fig. 9: Illustrates the need for greater contralateral OL recruitment in athletes such as hurdlers and running backs. However, during normal gait, both quadratus muscles should be relatively silent. Thus, the ideal abduction firing-order pattern from stance through toe-off should be: gluteus medius/minimus; co-contraction of the ipsilateral adductors; tensor fascia latae; piriformis (synergistic stabilizer) and quadratus lumborum.

A greatly underestimated source of discogenic and facet joint pain arises when the ipsilateral QL fires first, “hip-hikes” the innominate, and forces the ipsilateral leg to try to swing through.

These people walk like a block with a labored gait. Seen in many golfers and other athletes who participate in one-sided sports, this common QL substitution pattern is quite easy to assess and correct.

The theoretical approaches presented in this two-part series represent an ongoing personal journey into the captivating world of gait. Attempting to blend Gracovetsky and Greenman’s gait-analysis theories has opened a Pandora’s Box of additional INQUIRIES questioning how ascending and descending syndromes (flat feet, TMJ, knee injuries, etc.) destabilize pelvic and lumbar spine balance. What seems clear is the necessity for restoring perfect coordination and antigravity function to all four spring systems.

Energy conservation during walking or running demands all systems fire in a precise order at just the right moment to accomplish this task. I’ve become married to the idea that all the body’s global and core structures must work harmoniously to produce rhythmic and effortless movement during normal activities and athletic endeavors. Try experimenting with spring system balancing routines and elevate your hurting clients and competing athletics to a new level of health.

Get Lifetime Access: As in all our eLearning courses, you get easy access to the course online and there is no expiry date.

Bodywork as a outlet for psychological stress

What do you find the most exciting about bodywork therapy?

Age old argument…shoes or no shoes? 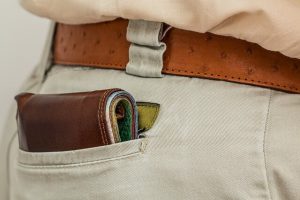