It’s really irritating when you invest yourself in an idea which later proves to be invalid. Although I try to not marry any particular theory or technique, I usually find myself extolling its virtues and developing constructs to support my belief system.

It’s probably acceptable to wed as long as you don’t mind going through the pains of divorce. With biomedical research moving at such a rapid pace, it’s dangerous to strongly embrace any belief too passionately. With that in mind, I’ve decided to fully embrace Tom Myers’ advice and “cling by my fingernails” (his statement made to our 2007 Costa Rica class when discussing the validity of the thixotropy theory) and to endorse the popular concept of core stability (CS).

Studies by Hodges and Richardson in the late 1990s demonstrated a change in onset timing of the trunk muscles in patients with chronic low back pain, and led to the current rage in manual therapy and fitness programs regarding core-stability training.1 As a consequence of this research, a whole industry blossomed with clinics and gyms worldwide teaching the tummy tuck and trunk-bracing exercises aimed at curing or preventing low back pain. At that point core stability grew into a cult with the transverses abdominis (TrA) as its mantra (Fig. 1). In this and future “Toolbox of Touch” columns, I wish to re-examine some basic CS assumptions, offer support, critical observations and practical treatment options.

What Is Core Stability?

Carolyn Richardson, describing her research on core stability states, “Thus, conceptually, the transversus abdominis forms the walls of a cylinder while the muscles of the pelvic floor and diaphragm form its base and lid, respectively (Fig. 3). There is some initial evidence that these four muscles act in synergy to provide a spinal support mechanism.

Functionally, the nervous system could be expected continuously to modulate activity in these muscles in order to control joint position, irrespective of the direction of movement. In this way, such muscles could provide concentrated joint support, while, independently, the larger torque-producing muscles control the acceleration and braking movements of the joint.”

Richardson’s studies also reveal that arm and leg movements also might elicit pubococcygeus contraction concurrent with that of the TrA. This presupposes a link may exist between these two muscles. In the CS model, the client’s deep support system (TrA, obliques, multifidus, pelvic floor, diaphragm, lumbar erectors and thoracolumbar fascia) works to brace vulnerable spinal structures, thus allowing superficial global muscles (and fascia) to engage in acts such as walking and lifting. Proponents believe repetitive co-contraction of specific, deep postural muscles results in greater spinal stabilization and the reduction and/or prevention of back pain.

When working synergistically, core trunk muscles sense orientation in the gravitational field and supply the central nervous system with proprioceptive input IMPORTANT in coordinating appropriate responses for the global muscles of movement. Since intrinsic postural (core) muscles consist of red slow-twitch fibers and burn oxygen for fuel (oxidative metabolism), they’re more resistant to fatigue. However, when subjected to high levels of prolonged activity, they tend to lose some of their red slow-twitch fiber content as white fast-twitch fibers are more frequently recruited. In a sense, as the larger global muscles become stronger and tighter (i.e., resistance weight training), the delicate balance between the inner and outer units becomes disrupted. Before delving into theories on possible recruitment patterns and firing order sequencing during gait, let’s discuss a few studies refuting certain aspects of core stability training.

Although I prefer to remain married to the core concepts I’ve practiced and taught for so many years, I also work at staying open to other biomedical developments. In an effort to avoid getting “trapped” in an unhappy marriage later, I feel a need to cover my bases by examining other points of view on this issue. Below are a few studies surfacing recently that question the IMPORTANCE of core stability training:

In the early 1900s, Robert W. Lovett, MD, and anatomist Raymond A. Dart introduced the concept of a spiraling movement system governed by muscle and joint actions. They developed theories and corrective exercises based on the assumption that a rotational component was integral to human movement. Regrettably, their work has largely been ignored until recently.

At a Rolf Institute® annual convention in the mid 1980s and again at the International Fascial Congress at Harvard University, I was blessed with the opportunity to share discussion and insights with a delightful and provocative nuclear physicist (and fellow musician) named Serge Gracovetsky. His unusual biomechanical approach to movement, which he calls the “Spinal Engine,” continues to dramatically alter my ingrained view of body locomotion and lifting.5

In his presentations and writings, Gracovetsky offers a counterintuitive, but seductive, argument that the legs are not responsible for gait, but merely INSTRUMENTS of expression.” He expounds on this concept by showing video of a man born with no legs walking (perfectly balanced) only on his ischial tuberosities (Fig. 4). With the use of a high-resolution opto-electronic tracking system, Gracovetsky was able to study and organize evolutionary details concerning functional adaptations as they apply to the body’s spinal engine.

Fig. 5 demonstrates what I reference as the posterior spiral spring system (PSSS) – a slightly altered version of Gracovetsky’s model. I like to include biceps femoris in this pattern, not only because of its intimate co-contracting relationship with gluteus maximus during HEEL strike but also because of the influence this complex lateral hamstring muscle has on pelvic mechanics in force closure of the sacroiliac joint during the stance phase. Notice in Fig. 5 that just prior to heel strike, the biceps femoris and gluteus maximus reach maximum stretch as the latissimus dorsi also is being stretched by the forward swing of the opposite arm.

HEELstrike signifies transition into the propulsive gait phase. At this time, biceps femoris and gluteus maximus join forces, creating antagonistic resistance with the contralateral latissimus dorsi, which is now extending the arm in concert with the propelling leg. The synergistic contraction of the gluteus maximus and latissimus dorsi creates tension in the thoracolumbar (and lumbodorsal) fascia, which soon releases in an energy pulse which assists deeper muscles of locomotion, thus reducing the metabolic cost of gait.

Due to the natural counter-rotation of the right leg and left shoulder, an efficient myofascial spring system develops. Pull of the lats creates a strong tensional force that travels through the thoracolumbar fascia, long dorsal SI ligaments and continues through the contralateral gluteus maximus, sacrotuberous ligament and biceps femoris. At this point, spiraling tensional forces increase in these posterior global structures and begin to dig tentacles deep into the osteoligamentous spring system.

Before delving into the biomechanical intricacies of the core’s disc/facet spring system which powers the spinal engine, let’s look briefly at global muscles driving the anterior torso’s rotary spring system.

So, what does it look like from the front? In our discussion above, we saw how one leg swings in opposition to the opposite arm causing trunk counter-rotation. To aid the latissimus/gluteal spring system in trunk rotation, we have an anterior spiraling spring system (ASSS).

Internal/external obliques, like the adductors, provide stability and mobility during the initiation of the stance phase of gait. This ASSS system also works with the PSSS to rotate the pelvis as the leg is pulled through during the swing phase of gait. As the speed of walking progresses to running, activation of the ASSS becomes more prominent. When working together harmoniously, these global muscles enhance the power of the posterior spiraling spring system by providing greater rotary torque at the osteoligamentous level discussed below. Bottom line: Adaptations of the trunk in locomotion primarily serve three goals:

Note: It’s IMPORTANT to recall that the primary afferent feeding neurological information for the gait cycle arises from a stretch of the hip flexors (primarily the iliopsoas). Therefore, as the iliopsoas cross the hip, sacroiliac and lumbar spine, any joint restrictions will hinder excursion, thus minimizing the stretch. Therapists must restore movement and alignment to all myoskeletal structures to maximize normal neurological feedback and optimum muscle sequencing.

Gracovetsky doesn’t view the spine as a compressive loading system where intervertebral discs perform as shock absorbers. He imagines the outer annulus (tree-ring) disc fibers and their accompanying facet joints as dynamic antigravity “torsional” springs that store and unload tensional forces to lift and propel the body in space.

During toe-off, as the spiraling spring system begins to recoil, strong forces are transmitted to the intervertebral joints where the combined action of discs and facets counter-rotate the pelvis (Fig. 7).

The process is repeated as the left HEEL strikes the ground resulting in an oscillatory motion that efficiently moves the body with minimal energy expenditure. At the deepest osteoligamentous level, this interlocking of facets and discs transmits virtually all the available counter-rotational pelvic torque needed to aid core and global muscles in locomotion efforts.

The elegance of Gracovetsky’s spinal engine system can be felt in your own body during gait. Practice propelling yourself forward by allowing the right arm and shoulder to swing forward and the left back.

One should feel the torso rotate left as the pelvis counter-rotates right. As the trunk and hip muscles concentrically and eccentrically co-contract, stored energy is transmitted through the intervertebral discs, ligaments and facet joints. Do you feel your pelvis counter-rotate with each step? Try contracting the ipsilateral gluteus maximus on heel strike as you rotate from the TOP down. As the gluteals co-contract with the lats, more kinetic energy is stored in the posterior spring system. This exercise also helps bring tone to typically weak butt muscles.

Many individuals in our practice who complain of back pain may not feel the pelvis rotate. Typically, these clients are suffering from such things as joint fixations, lack of proper spinal curves, altered firing-order patterns (in the deep inner unit) and/or imbalances between global and core muscles due to improper strength training. Structurally oriented pain therapists trained in this method seem to be successful in relieving many chronic back conditions.

Closely observe your clients as they walk. Do the arms swing evenly? Is there a nice cross-patterned gait? Does the energy appear to travel from the TOP down? The more you practice working with dysfunctional ASSS and the PSSS patterns, the more effective your therapeutic outcomes.

Fig. 8 and Fig. 9 demonstrate two useful myoskeletal techniques for super-charging the body’s spinal engine. Play with these concepts in your practice and in your own body. Soon, you’ll begin developing techniques that have a more permanent effect on clients complaining of musculoskeletal and posture problems. Gracovetsky’s spinal engine model beautifully complements Vladimir Janda’s Upper- and Lower-Crossed Syndrome that has become so popular in today’s manual therapy field. Used in conjunction, they’re POWERFUL TOOLSto add to your toolbox of touch.

“Don’t Get Married: Part II” focuses on the body’s lateral support system (LSS), which is vital for stabilization during activities such as running and lifting. These concepts will help unify the spinal engine work discussed today by showing how aberrant lower quadrant firing-order patterns of the legs and feet affect sacroiliac and lumbar spine dysfunction. 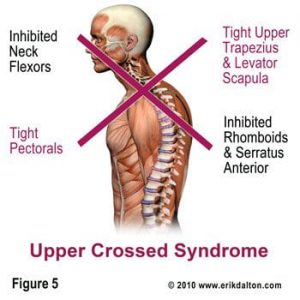 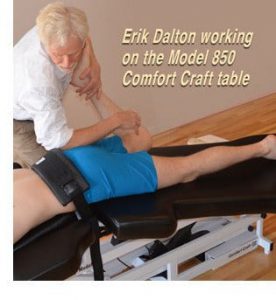 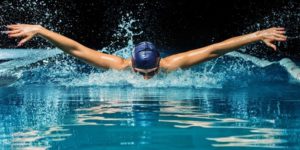