Coccyx The Seat of the Soul

Coccyx pain was first documented in 1588, and Simpson coined the term coccydynia in 1859. The word coccyx comes from the Greek word for “cuckoo” due to its resemblance of a cuckoo bird’s beak. (Image 1.)

The human coccyx is composed of 3-5 individual segments or coccygeal vertebrae. Coccyx pain commonly results from trauma such as a fall or a direct blow during contact sports. This type of injury can result in a fracture or dislocation of the sacrococcygeal joint causing abnormal movement during sitting and significant pain. Most cases are associated with abnormal mobility of the coccyx, which may trigger a chronic inflammatory process leading to degeneration of articular cartilage at the sacrococcygeal joint. Coccydynia is seen in bike riders, rowers and computer junkies due to prolonged compression of the joint and surrounding neural structures.

Childbirth is another common cause of coccyx injury. During the last trimester of childbirth, the coccyx becomes more mobile, allowing for greater flexion and extension. This can cause damage to the attached musculoligamentous tissues, an inflammatory response, and osteoarthritis of the sacrococcygeal joint.

A common client complaint many of you have heard, is that physicians minimize, dismiss, or belittle the client’s symptoms. Indeed, many MDs may have a bias against patients with coccyx pain, which has been referred to as the “lowest form of low back pain.” But, tailbone pain is often relatively severe and persistent, causing significant compromise of the client’s ability to perform or endure various activities.

In humans, the coccyx serves important biomechanical functions and is an attachment site for various muscles, tendons, and ligaments. Muscles inserting on the anterior coccyx include the levator ani, which is sometimes considered as several separate muscle parts, including the coccygeus, iliococcygeus, and pubococcygeus muscles (Image 2.). This important muscle group supports the pelvic floor (preventing inferior sagging of the intrapelvic contents), plays a role in maintaining fecal continence, and aids in proper diaphragmatic breathing. Muscles originating on the posterior coccyx include the gluteus maximus and strands of biceps femoris, which is often continuous with the sacrotuberous ligaments.

Multiple important ligaments attach to the coccyx but the ones I feel are most important for treating a “hooked” coccyx are the sacrotuberous, sacrospinous, and anterior and lateral sacrococcygeal ligaments (Image 3. & 4.).

The coccyx serves somewhat as a weight-bearing structure when a person is seated. In a fully functioning body, the coccyx acts as a shock absorber by flexing forward during sitting, thus completing the tripod of weight bearing composed of the coccyx and the bilateral ischial tuberosities.

The coccyx bears more weight when the seated person is leaning backward; therefore, many clients with coccydynia sit leaning forward (flexing at the lumbosacral and hip joints), which shifts more of the weight to the bilateral ischium rather than the coccyx (try this and feel the increased sits-bones pressure). Alternatively, clients with coccydynia may sit leaning toward one side so that the body weight is exerted mainly on one ischial tuberosity or the other, with less pressure on the coccyx. Such side leaning may lead to concomitant ischial bursitis in addition to the coccydynia.

Typical symptoms to look for during the assessment phase:

A possible factor in persistent coccydynia is muscle dysfunction. It is common to find taut bands that are very painful when palpated. These fibrous bands are thought to be strongly contracted muscle fibers within an otherwise relatively normal muscle. They may result from protective guarding due to a calcified and crooked sacrococcygeal joint. Those most affected are the levator ani, sphincter ani and coccygeus muscles. Other muscles that can influence coccydynia are the obturator internus, gluteus maximus and adductor magnus. A hooked coccyx may cause inhibition in any of these connective tissues resulting in muscles imbalances, pelvic floor pain and aberrant breathing patterns.

Manual therapy can be used as a conservative treatment for a coccyx injury by aiming to relax and extend the muscles in the area. Once musculofascial balance is restored to the pelvic bowl and lumbar spine, the therapist can use ligaments as levers to help move the coccyx back into a correct position. This can be done in a sitting, prone or side-lying position. The therapist begins by palpating the coccyx and pulling the attached ligaments in a posterior direction. After holding for a period of 10-60 seconds the tissues surrounding the coccyx should begin to release. A contract-relax method can be used in conjunction with this technique. As the coccyx is pulled posterior, the client is asked to do a gentle contraction of the pelvic floor muscles for 3-5 seconds. Upon relaxation, the coccyx can be moved further posterior.

Generally, the longer the history of coccydynia, the more joint adhesions and fusing occurs, as is the case of any joint injury where motion is not gradually reintroduced during the healing process. An important note to therapists treating coccyx dysfunction: Always ask the client’s permission to perform this technique due to possible physical and emotional hypersensitivity in the area. Before performing any type of coccyx work, take time to clearly explain what you’re doing and the desired outcome.

Addressing a misaligned coccyx can cause a client to become very emotional, due to the vertebra’s direct attachment to the dural membrane through the filum terminale—a long slender connective tissue strand that terminates at the end of the spinal cord. As the sacrococcygeal ligaments anteriorly flex the coccyx, it also compresses and overstretches the sensitive filum terminale (Image 5.). Many believe that low-back, hip and head pain may arise in those suffering a severely hooked coccyx. Always perform these ligament release techniques through underwear or draping and preferably in a supervised setting. Thanks! 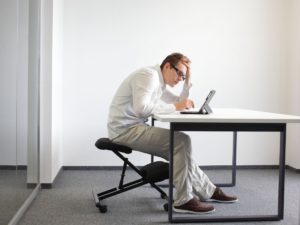 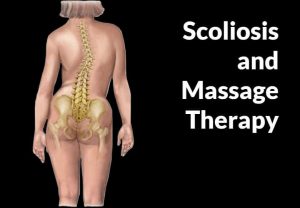